Life for the nomadic people of West Pokot is extremely harsh. This semi-desert area of Western Kenya offers extreme heat, very little water, and almost uninhabitable conditions, and the community of Kasei desperately needed water. Project Manager Rick Wiebe and Charles Rioba, the owner and operator of Solar World, engaged in months of discussions with landowners, village elders and community members to find a solution.

Rioba, who drills and installs solar-powered water wells for A Better World, later called it one of his most challenging assignments. He says the community elders have long been mispronouncing the name of their community as the word that, in their language, means “cursed.” Years ago, missionaries trying to drill a well had tried seven times and failed on every attempt.

Solar World’s first two boreholes also failed to strike water. Rioba admits he was considering giving up, as the case was so discouraging. The conditions made the work even harder for the crew, but a young girl’s plea to try again moved him to take one more shot. Suspicious of the accuracy of the geological surveys, and using information from the village elders, the team decided to try a site on lower ground in the nearby valley. The entire community helped build an access road for the drilling equipment. With community members gathered to watch and pray, the drill bit finally struck water.

The new well will supply drinking water for the people of the West Pokot region, as well as for a water trough for cattle and community shower facilities. Previously, due to scarce water supplies, people bathed only once a month.

Rioba says, “I have never seen such an excited group of people. It was as if we just met their wildest dreams.”

Wiebe tells us, “This project has transformed this community in a very positive way. Tribal conflicts used to separate them, however in working together for a common good, this community was able to find peace and unity.” 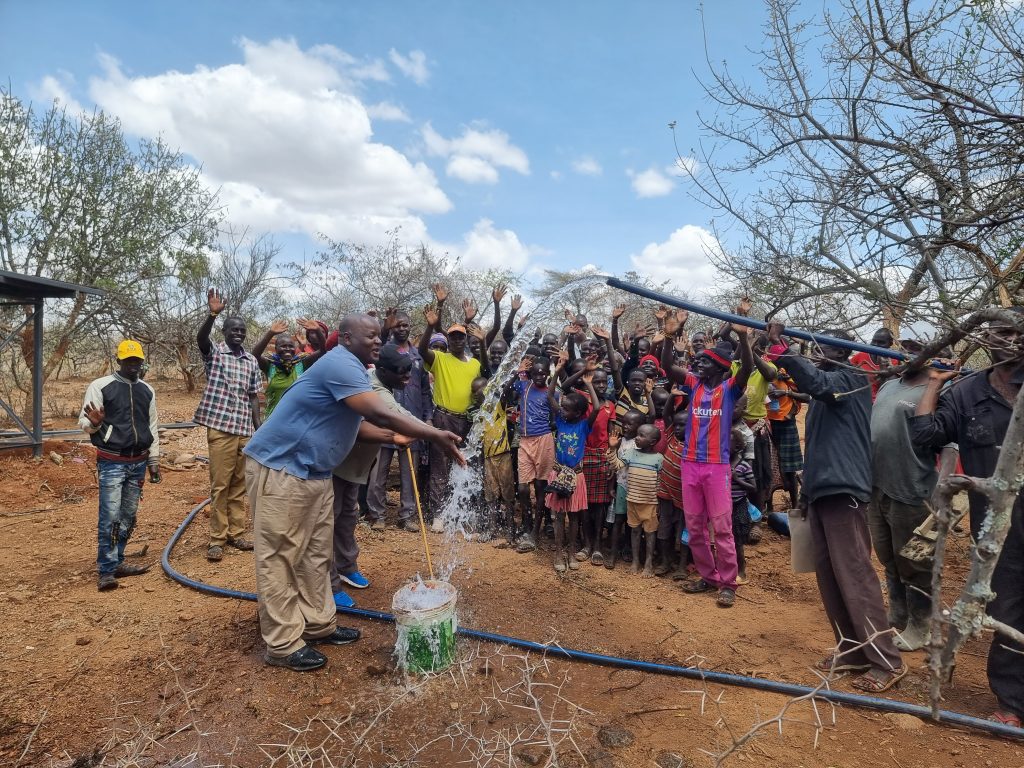