On Tuesday, January 8, a side room of the Lacombe Memorial Center was filled with curious listeners as Eric Rajah, co-founder of A Better World, told stories of his time working in conflict zones. Pictures of Afghani military created quite the stir as Eric explained that, during official business hours, everywhere he went, they went. Suspense filled the room as he told the story of waking up in the middle of the night to see his host coming into the house, carrying a gun.

“I didn’t know what was going on,” said Eric, but he decided to go investigate. The host led Eric to the courtyard where a group of men, each holding a gun, were gathered around a fire.

“These men are here to protect you. We’ve been here all night, every night you have been here,” the host explained. This was only one example Eric shared of great compassion shown to him by people all over the world.

The evening was enjoyed by all, with one guest calling it an “excellent presentation”.

Thank you to the Mary C. Moore Friends of the Library for organizing the event.

To read more, check out this article from the Lacombe Express. 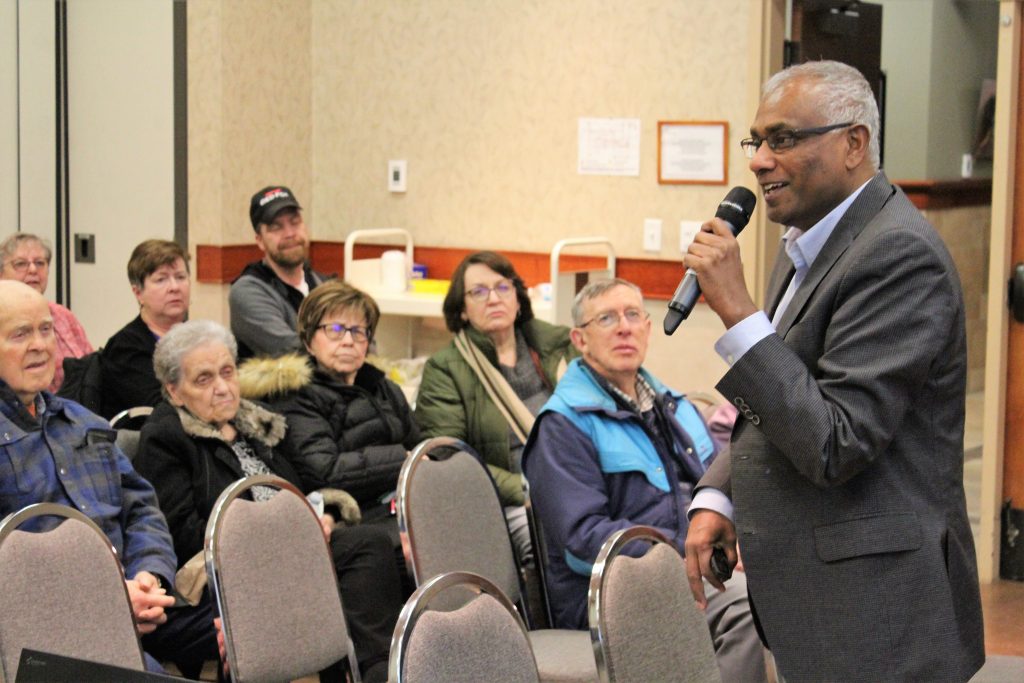