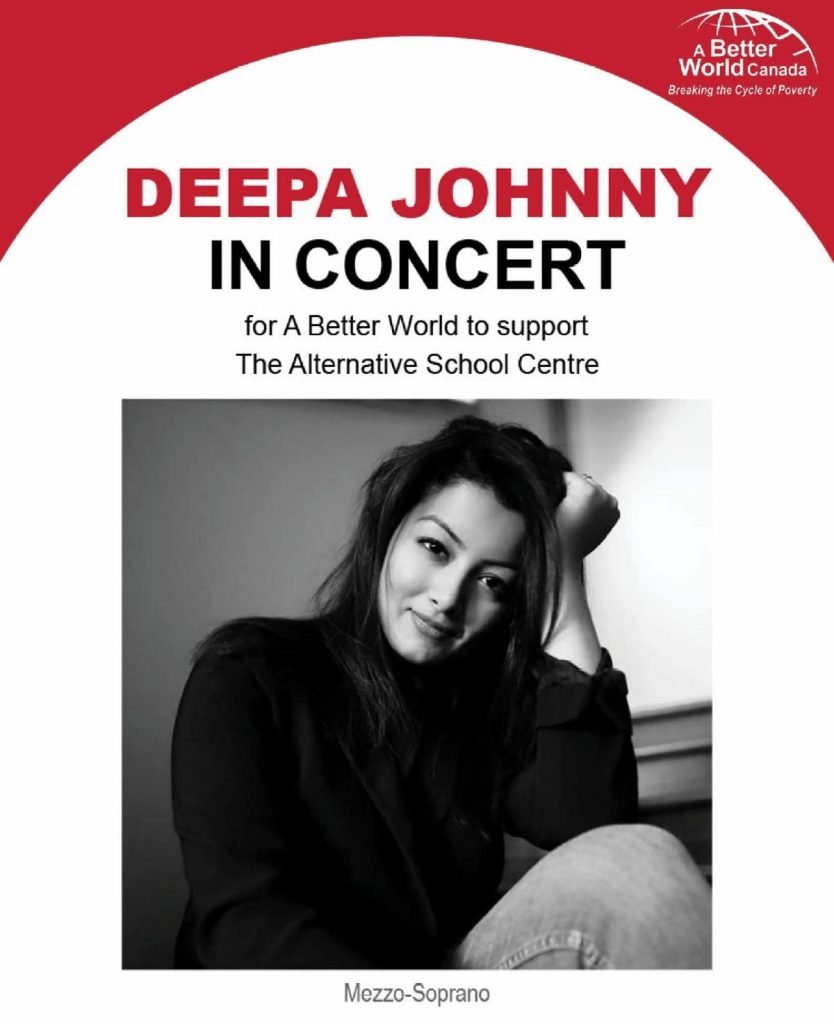 Deepa Johnny, mezzo-soprano, is originally from Muscat, Oman. She is a second-year master’s student in the voice performance program at Indiana University’s Jacobs School of Music, currently studying with Carlos Montane and serving as Associate Instructor of Voice. She received her BA in Music at Burman University in Alberta, Canada, under the tutelage of Wendolin Pazitka Munroe.

In her 2020-2021 season, Deepa sang the role of Rosina in “Il Barbiere di Sivilgia,” Lauretta in “Gianni Schicchi,” Serse in Handel’s “Xerses,” and Carmen in “The Tragedy of Carmen.”

Deepa was a winner in the Western Canada District of the Metropolitan Opera National Council Auditions. In October 2020, she was selected as one of nine finalists from across the United States for the Opera Grand Rapid’s Collegiate Vocal Competition. Deepa was one of five winners of the American Pop’s Orchestra’s NextGen Vocal Competition in 2021, resulting in a collaboration with the orchestra on the Wicked in Concert revival, which aired on PBS in August. This summer, she is joining the Ravinia Steans Music Institute with 14 others from around the United States as a vocal fellow in their renowned art song program.

Nicole Bartolay is originally from Winnipeg, Manitoba and has played piano since she was eight years old. While a student at Burman University, she completed a Bachelor of Science in psychology, with a minor in music. She accompanied the Choral Union, campus music groups, local churches, and soloists. She currently serves as the Admissions Officer at Burman University. Nicole maintains a busy accompaniment schedule, working with a wide range of singers, instrumentalists, and choirs.