Brianna Ericson of Lacombe, a longtime supporter of A Better World, has received the regional Violet Richardson Award from Soroptimist International of Central Alberta for 2021. In addition to the $500 grant for the Lacombe Composite High School student, the award includes a $500 charitable donation, which she donated to A Better World.

To honour Ericson, A Better World has matched her donation. She has chosen projects in Kenya and in Red Deer to receive the funds.

The donation will buy tricycles and ladders for the Kadesh Baby Home and Orphanage in Kenya, to be used in physiotherapy for children with physical disabilities. It will also pay for feminine kits for Red Deer’s Alternative School Centre, which educates at-risk youth. 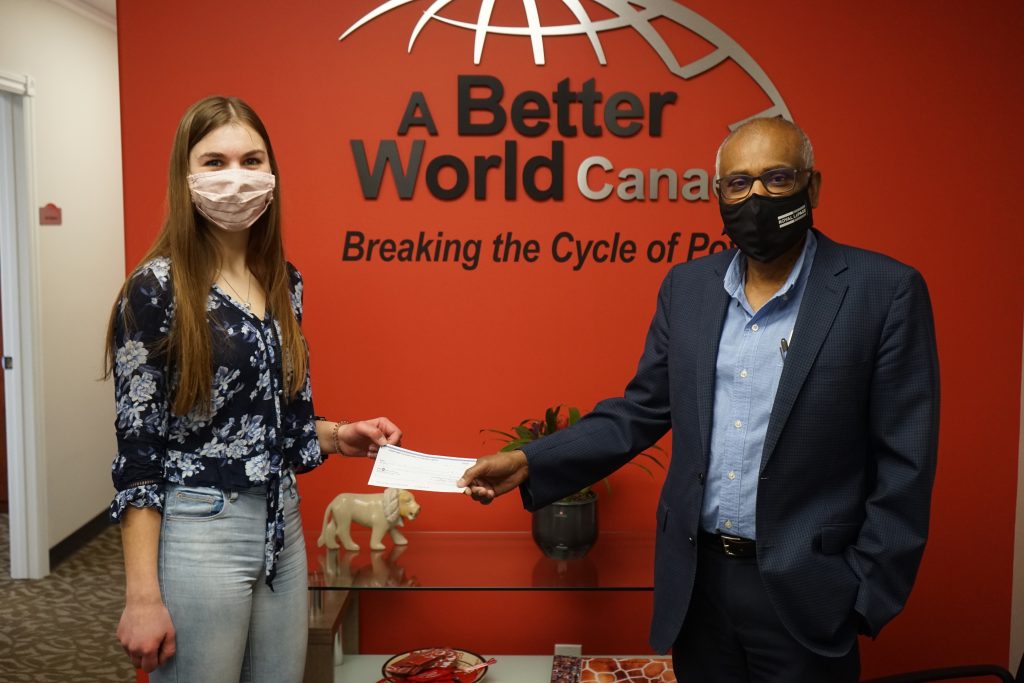 Ericson has played violin with the Rosedale Valley Strings Orchestra since she was eight years old. The youth orchestra’s Music With a Mission program raises funds through concerts and CD sales. It has partnered with A Better World over the course of many years, supporting the building of numerous schools and water projects in Africa, as well as local projects in Alberta. 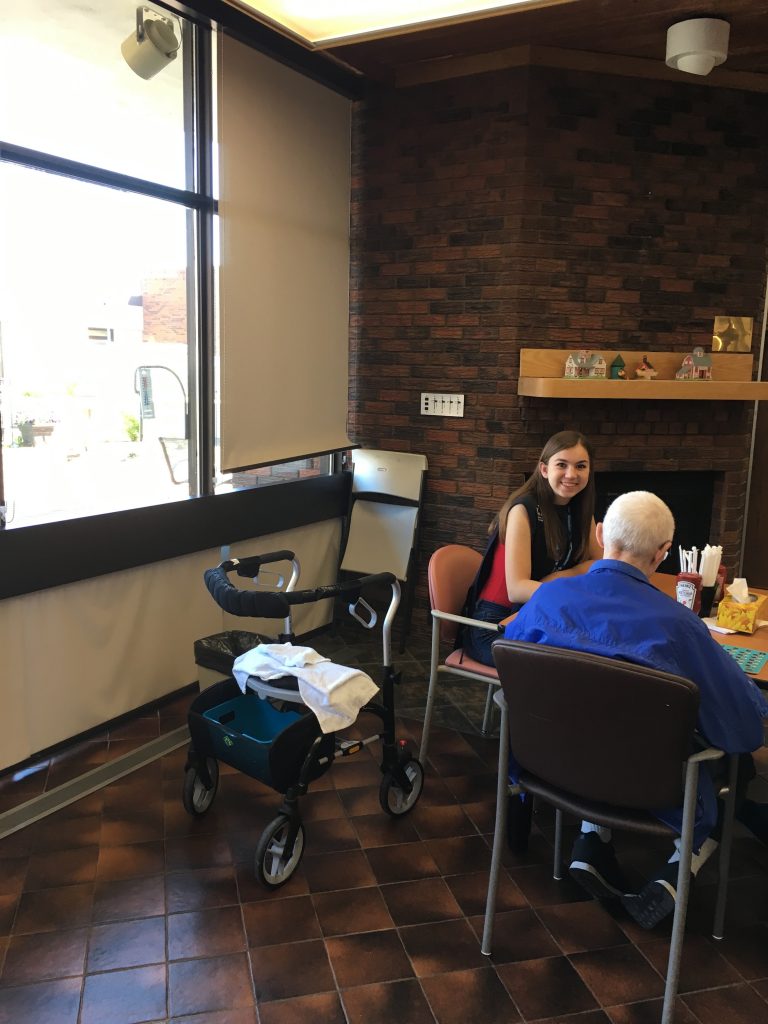 Ericson volunteering at the Lacombe Hospital and Care Centre

The Violet Richardson Award recognizes female youths aged 14-17 who show strong volunteer involvement and leadership that contribute to improvement of their community and the world. It is named for the president of the first Soroptimist Club.