The local non-profit organization A Better World (ABW) will be heading to Africa this Thursday for their first team trip in almost three years.

Based out of Lacombe, the international development organization has completed various humanitarian projects in over 15 countries over the past 32 years, in education, healthcare, and clean water systems, with the goal of breaking the cycle of poverty.

“This is what makes the world better; when you can take skilled people and to transfer those skills to local people and to celebrate with them what they have accomplished. One of the lessons we learnt over the pandemic is that people, if they’re empowered, can actually function quite comfortably, they just need, as the motto says, a little bit of a helping hand,” he said.

“We were pleased that without us going, every clinic was operating.”

Co-founder Eric Rajah says that although individual members have visited the countries throughout the pandemic and followed-up via video calls, the last group trip was in November 2019. He confirms that 10 schools have opened up in the last two years and will be visited during the trip.

The highlight of the trip, Rajah says, will be the grand opening of the “Professor Hill Rehabilitation Centre” for children and adults, built two years ago within the Kendu Adventist Hospital in Kendu Bay, Kenya, in honor of Dr. Ken Hill, who began the organization’s physiotherapy program. Hill’s daughter Kara Leung and son Dr. Kevin Hill will be present for the ceremony. Leung is currently the director of ABW’s physiotherapy program and Dr. Hill is the leader of the dental team.

Rajah says the trip will also allow the group to work towards opening their third physiotherapy clinic for children with clubbed feet, helping them to walk normally after one year of treatment without surgery. Taking the lead is Red Deerian Mona Walls, pediatric physiotherapist and current Chair of the Global Health Division of the Canadian Physiotherapists Association. 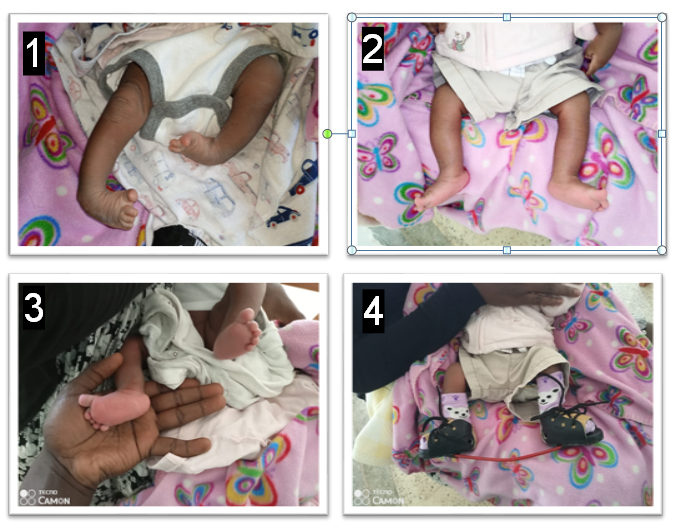 The ABW goal by 2030 is to have 75,000 students enrolled in schools with access to clean water, toilets and healthcare. So far, Rajah states 54,900 students have been enrolled.

In 2022, the organization’s goals were the following: 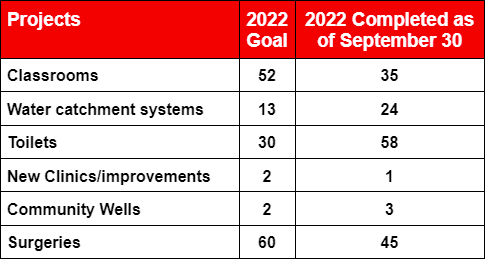 Rajah believes 44 classrooms will be established by the end of the year, due to less funding in 2022. While 2021 funding totaled $1.5 million, he says the organization has raised $700,000 to date. He believes the trend is partly due to donations being given to other international crises such as the war in Ukraine. However, as most funds, between $400,000 – 800,000, are raised in November and December, he hopes they may still reach their target.

“We’re mainly looking for somebody who has the passion and dedication to helping others and empowering the local people to move on their own instead of doing things for them. More importantly, to respect the donors and that the money is well spent. With a lot of love and care, the money is given to us by people who sacrifice and they need to be cared for properly,” he said.

A newly paid position, Rajah says he and Leavitt will continue to be available for consulting, as ambassadors and may also take on a different role within the organization.

Over the years, Rajah states the organization has accumulated 30 steady volunteers and has taken over 2,800 volunteers on humanitarian trips.

ABW also announced their second year in partnership with the Saruk Centre for Leadership Development, a local project to provide post-secondary students with co-curricular training and guidance in leadership skills.

Thirty undergrads from Burman University and Red Deer Polytechnic attended their first weekend seminar from Sept. 22-24 with leaders from various professions and the business community while volunteering at the Red Deer Food Bank.