The Path to Academic Enlightenment 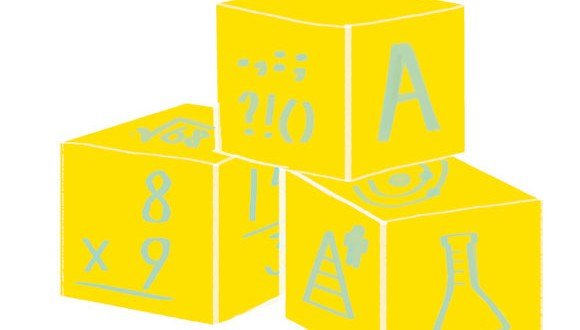 Azalea Lehndorff still remembers the drawing an Afghan child made for her when she visited the northern province of Sheberghan. It featured a single dove holding a pen, and Lehndorff says she’ll always wonder how the child, at that age, could already be so conscious of the connection between peace and education.

The children Lehndorff met in Afghanistan had faced not only poverty, but societal and familial barriers to attending school. It was in the classrooms she helped build that the students found comfort, enlightenment and ambition for their futures — for Lehndorff, that was fulfilment enough. The rewards of education came from giving, as much as receiving it.

Lehndorff has been building schools in Afghanistan since 2010, under the 100 Classrooms project for the Alberta-based organization A Better World. The project recently opened its fourth school, which Lehndorff says equates to nearly 50 of the targeted amount of 100 classrooms. In total, the four schools hold a total of approximately 10,000 students.

A graduate student at the University of Alberta’s School of Public Health, Lehndorff says education can be the pivotal factor in creating a quality, fulfilled life.

“Beyond basic knowledge, I think it changes how you view the world and how you do things. Your perspective changes, and so how you think changes. So I think that new perspective and that new way of thinking can make you a happier person, for sure,” she says.

“I don’t want to exclude people who don’t have that education by just saying, ‘Oh yeah, we’re just happier and we’re better,’ and things like that, but it makes things possible too that would never be possible without the education.”

It’s a struggle Lehndorff is only too familiar with. As a child, she says, she didn’t value education until her parents forbade her from attending school. When she escaped her home on a Greyhound bus taking her to a boarding school, she knew she had made the right move.

“I don’t think I really took education for granted because I thought that it was being pulled away from me for a long time,” she says.

“Knowing that, I felt I wanted to fight for this and I want to be thankful for the opportunity. And even when it’s hard or boring, or whatever, I’m going to stick with it because I know it’s worth it.”

But the community schools in rural Afghanistan are a far cry from the institution Lehndorff calls home. The University of Alberta boasts the types of classrooms, facilities and teachers the Afghan children Lehndorff met can only dream of one day using, and she hopes that one day they will.

Still, education at the U of A is anything but perfect. Some say the art of teaching often isn’t as simple as piling students into a classroom and flinging information at them, and many believe post-secondary institutions such as the U of A are in serious need of a pedagogical overhaul.

Don Carmichael is a political philosophy professor at the U of A who has been teaching for 44 years, and says the system desperately needs to change. Carmichael often teaches courses on the history of political thought, particularly the works of Plato and Aristotle. At the ceremony for one of his many teaching awards, his speech was simply, “I want to thank my teachers for getting me there. And I see my life as paying it forward.” He repeats the mantra every day.

“So if the question is, ‘Are we doing it right?’ The answer, sadly, is, ‘Don’t be fucking ridiculous.’ ”

Carmichael believes the outdated lecture-based teaching model was useful before the invention of the printing press, when books were rare commodities. But nowadays, holding lectures that provide students with the same information they could just as easily read in a textbook is not only ineffective, but wasteful.

It’s a perspective that perhaps explains why Carmichael has racked up so many teaching awards throughout his tenure as a professor. He advocates for a more discussion-based form of teaching, where instructors listen to students and ask them questions, rather than vice versa.

“I don’t know how students stay awake in lectures. When I do lecture courses, I am careful with jokes and pace and oddball things, just because it’s boring as hell,” he says.

“You know what it means to say a lecture is boring? It’s to say that your most important intellectual faculties are being put to sleep. How can that be education?”

Putting aside the differences between the needs of the students who walk into Carmichael’s classroom year after year, and the needs of those who are first stepping through the brand new doors of Lehndorff’s schools in Afghanistan, there’s one conviction every student can subscribe to: education, from the most fundamental literacy skills to the highest level of political thought, is paramount to a good life.

But, is education a right?

“That’s way too mild a way to talk about it,” Carmichael says. “It’s the most important thing in life.”