Reflecting on 30 Years with Gratitude
scroll down to read online

Request a printed copy via postView the PDF copy online 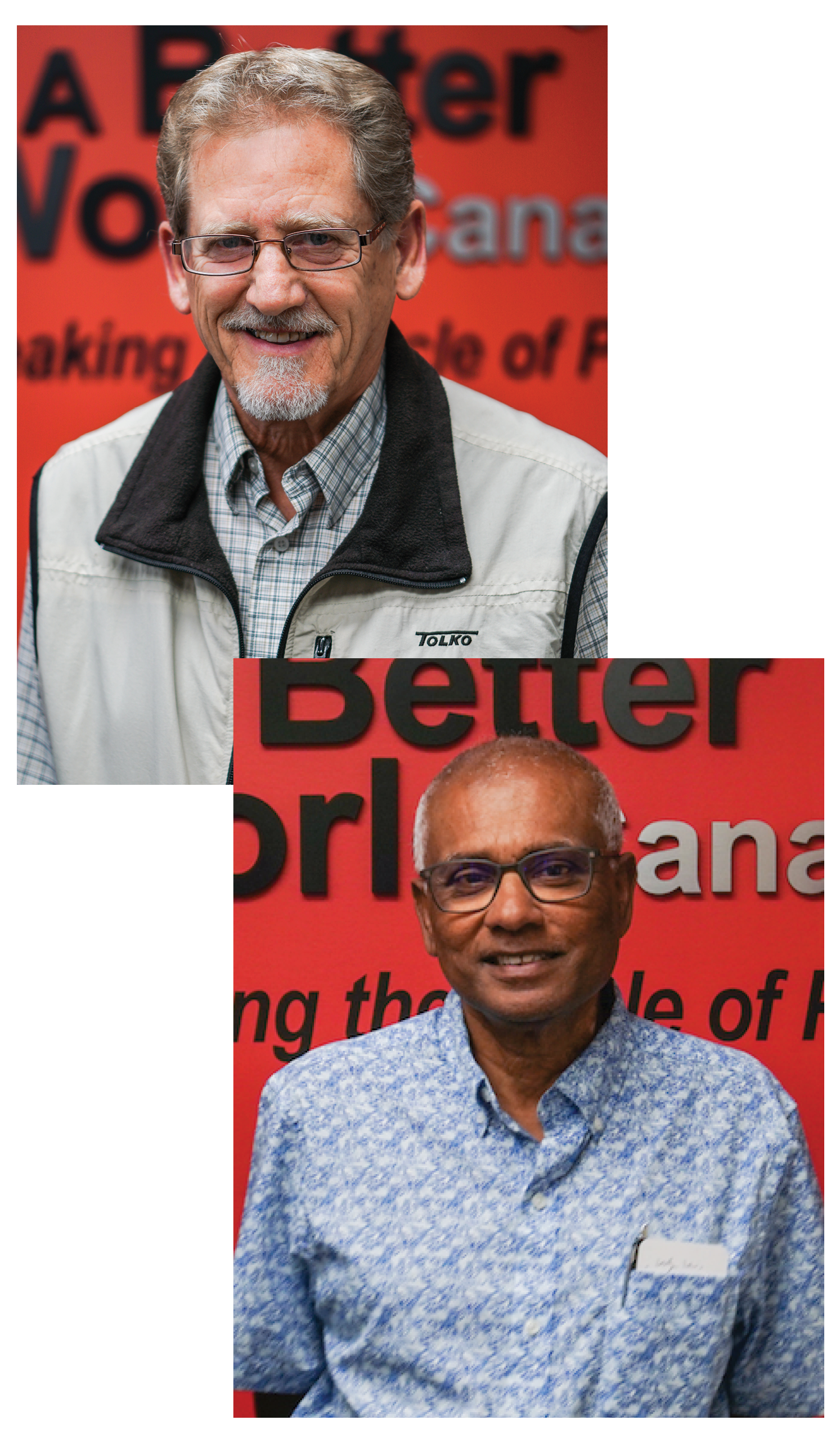 A word of gratitude from our co-founders

Finally, we are grateful for everyone who cares about others and has supported us for 30 years. Even if we couldn’t celebrate our 30th anniversary or travel with you so you could see the difference you are making, please know we are grateful that you have been part of the journey of making a better world.

How a Teenager’s Dream Turned into

a Lifetime of Medical Impact

Dr. Victor Misiani Oteki is living his dream to provide care for people through the operating room. Victor is based in Kisii, a major urban centre in Southwestern Kenya where he performs five to seven orthopedic surgeries each month for ABW. He treats patients with broken bones and even fire victims who need specialized care.

“I am working with ABW as they can lessen the suffering of people,” says Victor. “Back home, there are lots of people living in poverty who barely can afford anything to eat, so how can they afford medical assistance?”

Victor remembers first meeting Eric, having supper together in a restaurant across from the Nairobi City Hall. Eric said they took a special interest in the teenager, who regularly came with his father who owns a water drilling company, on jobs to drill water wells for ABW. Victor updated ABW leaders on all that he was doing and sometimes he met physicians that ABW was involved with. “For more than 10 years, we kept in touch with Victor and included him in viewing our project work,” said Eric. “And now he’s doing our orthopedic surgeries as a volunteer physician.

“Encouraging and mentoring at a young age is key to making a better world.”

Victor’s story is all about encouraging young people to pursue their dreams of giving back to their country. He has a new vision and hope for Southwestern Kenya: he’d like to equip the dispensary in his parent’s region of Nyamusi so that residents have safe baby deliveries and access to child immunizations. Victor would also like to build up a great surgical facility in Kisii where the less fortunate can get world-class health care. 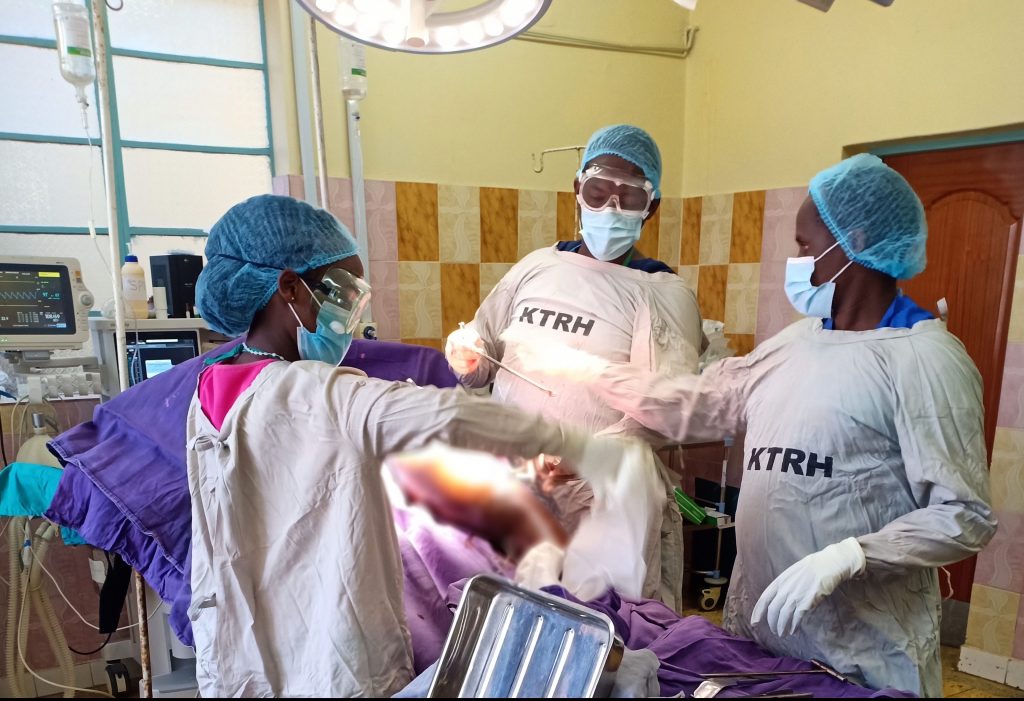 Dr. Victor Oteki, centre, performs surgery on the leg of a girl named Faith in Kenya. 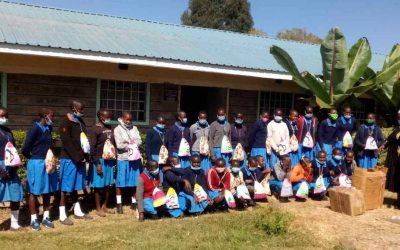 Many girls are forced to miss school on the days of their menstrual cycle because they simply do not have access to the basic needs required to handle their periods. Girls Need You is an ongoing ABW project initiated by Lane Tomalty, owner of Copper Lane Hair Studios...

END_OF_DOCUMENT_TOKEN_TO_BE_REPLACED 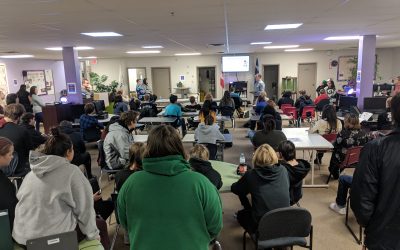 ALBERTA: A Place for Youth at Risk to Belong

One of our current local projects is the Red Deer Alternative School Centre, which provides students with an alternative to the conventional school environment. The focus of the school is to facilitate each student’s person growth as well as to promote and develop...

END_OF_DOCUMENT_TOKEN_TO_BE_REPLACED 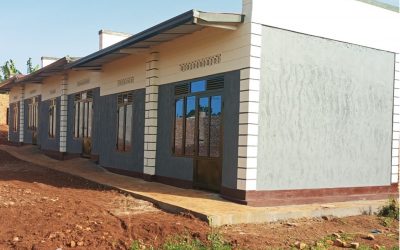 The Kayonza Deafblind Centre, a brand-new project in Rwanda, is almost complete as of March 2021. The first phase of this project is to build a centre of 3 classrooms to specifically support deafblind students—children who have a degree of loss in both sight and...

END_OF_DOCUMENT_TOKEN_TO_BE_REPLACED 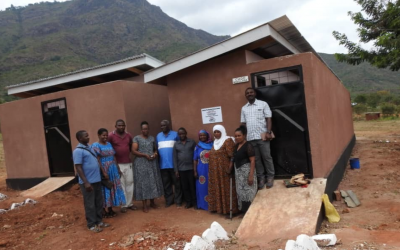 Incredible progress in Tanzania has taken place this year, with a huge focus on toilets and new classrooms. A total of 32 toilets, 10 classrooms, and 2 staff offices were completed at Mwisho Wa Shamba and Chekelei Primary School. Already the new year has seen 16...

END_OF_DOCUMENT_TOKEN_TO_BE_REPLACED 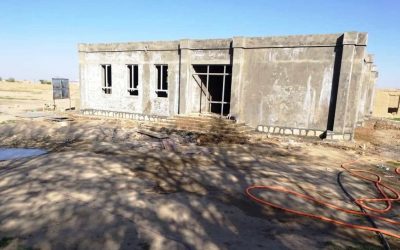 AFGHANISTAN: The Ground Up Campaign Begins

After the completion of the 100 Classrooms Project in Afghanistan, we launched the Ground Up Campaign to continue building classrooms in Afghanistan, focusing specifically on schools that are currently meeting outside or in tents. Education is a vital tool in...

END_OF_DOCUMENT_TOKEN_TO_BE_REPLACED 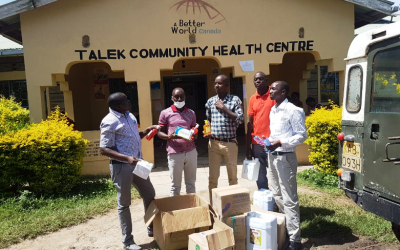 COVID SUPPORT: Doing What We Can to Protect Communities

The world crisis is an overwhelming task for an organization like A Better World to tackle. However, we were able to provide support and assistance to the clinics that we support in Kenya, Tanzania, and Rwanda. We’ve provided our health workers, their clinics, and the...

Five volunteers, $5,000, and an idea.
That’s what it took to create ABW and the mission to spark incremental, positive change within East Africa and beyond. Since being launched in 1990, ABW has initiated great impacts in health, education, and other services in the communities we support.

ABW Achievements
Significant achievements include the commitment of highly-skilled professionals willing to give their time and resources so that others are trained and empowered. ABW has built schools, clinics, and other infrastructure that has benefited over 50,000 students — a mandate expected for years to come. “All these buildings and infrastructure are quantifiable, but it is the people who have made the impact through their commitment to supporting our projects,” Co-founder Eric Rajah said.

Over the last three decades, people have consistently believed and sustained ABW’s work. The generosity of supporters has allowed us to invest $35.7 million into projects. More than 2,800 people have travelled with us to train, monitor projects, and provide medical services. “We started off with our first project in Kendu Bay, Kenya, and since then we have implemented projects in over 15 countries,” Eric shared. “We are actively investing in five countries now to implement long-term, sustainable development.”

Long-Term Goals
Over the next decade, we aim to have 75,000 students enrolled in the schools we’ve developed and built. “We will ensure that these students and their communities also have access to clean water and nearby health-care facilities,” Eric added. A quote from Irving B. Harris, “Investing in children is the wisest investment with the greatest return,” is a guiding factor at ABW. “We believe that by investing in children’s education and overall well-being, the world will benefit as communities continue to break the cycle of poverty.”

30th Anniversary Celebrations
While our 30th anniversary was held with little fanfare due to COVID-19 restrictions, there was still so much to celebrate. After reflecting on 30 years of history, Eric summed it up in one point. “To me, ABW is about people caring about people; that’s really what we have accomplished.”

A Message from Our Board Chair

“Thank you, you are amazing!”

Thank you, you are amazing!
Pastor Ron Sydenham, Board Chair

Some exciting updates from here in Lacombe, Alberta

Our most recent video update with some final remarks from 2020

Our goal is to enroll 75,000 children in schools developed by A Better World with access to health care, clean water, and toilets by 2030. Click here to see all of our completed projects from 2020 that have moved us closer to this goal. Here’s where we are as of December 31, 2020: 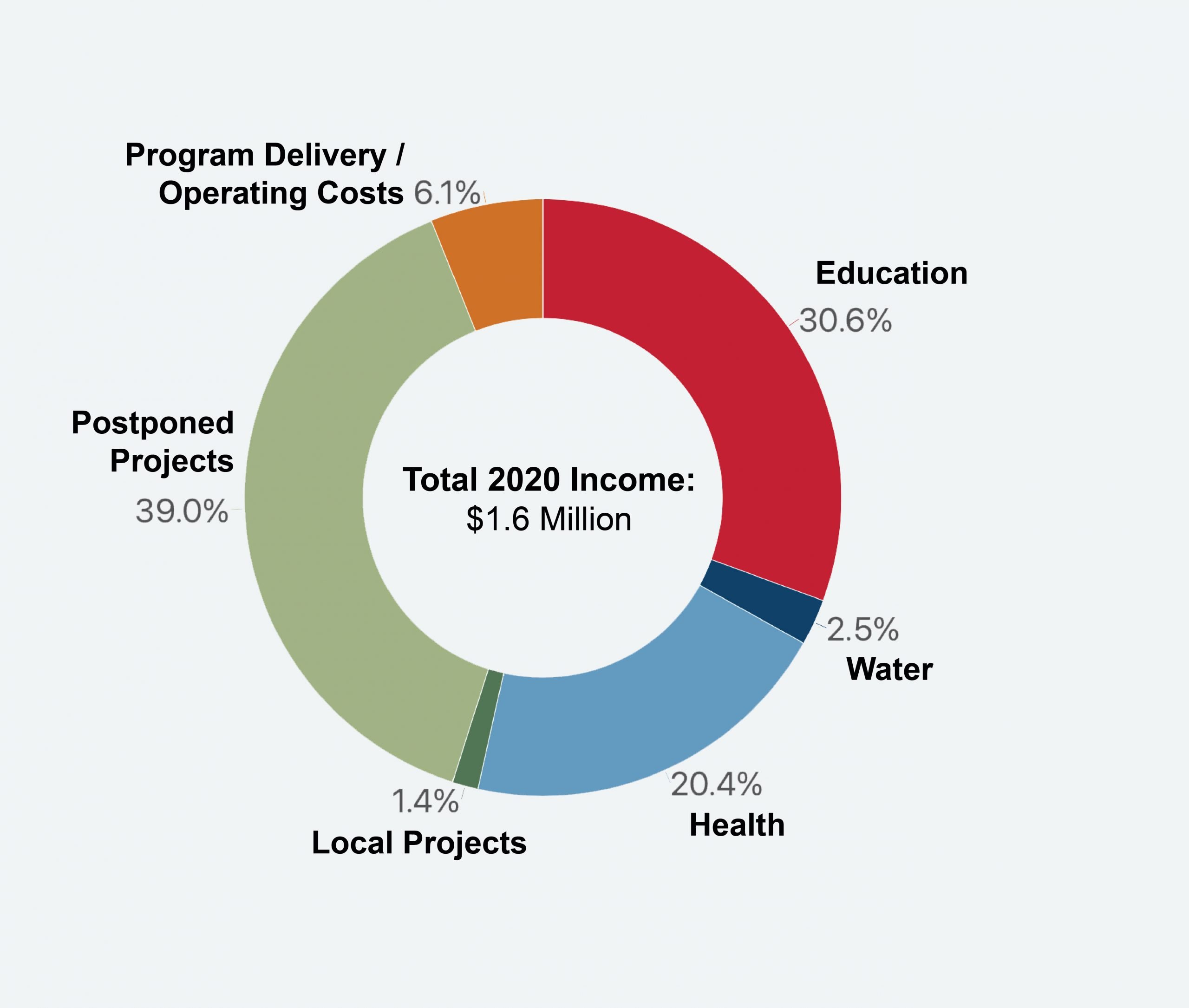 students enrolled in our schools

We couldn’t do any of this without you, and we’d love to stay connected. Here are a few ways you can keep in touch with us: